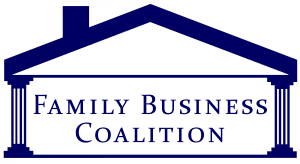 Washington, DC – Today, the Family Business Coalition (FBC) released a letter signed by over 150 small business associations and advocacy groups supporting the bipartisan Death Tax Repeal Act. Associations include the National Cattlemen’s Beef Association, Associated Builders and Contractors, Wine and Spirits Wholesalers of America, International Franchise Association, and many more. Together these groups support millions of jobs across every Congressional district in the country.

“The improvements in the Tax Cuts and Jobs Act were a welcome relief to family businesses but those changes are temporary, meaning small businesses planning for succession must continue to waste productive capital on costly estate planning and insurance,” said Palmer Schoening, Chairman of the Family Business Coalition. “These associations, representing nearly every small business industry, are sending a strong message that the only permanent solution is full estate tax repeal.”

This overwhelming support for ending the estate tax comes as some Democratic 2020 hopefuls have proposed increasing the burden of the estate tax. Senator Sanders (I-VT) recently offered legislation to raise the top estate tax rate to 77 percent. Senators Warren (D-MA) and Booker (D-NJ) have also proposed lowering the exemption and increasing the top rate to 75 percent and 65 percent respectively. The bills put forth by Senators Booker and Warren did not gain any cosponsors in the 115th Congress. The bill put forth by Senator Sanders has only gained one cosponsor so far in the 116th Congress.

FBC, through our member associations, is seeking cosponsors from both sides of the aisle. Congressional Democrats who have voted in favor of full estate tax repeal in the past include Senators Wyden (D-OR), Murray (R-WA), Feinstein (R-CA), Manchin (D-WV), Sinema (D-AZ) and nearly 20 members of the House.

Schoening continued, “the fact remains that more current Congressional Democrats have voted in the past for estate tax repeal than support increasing the estate tax burden on taxpayers.”

Polling consistently shows that 60-70% of voters support eliminating the estate tax. A 2017 NPR/Ipsos poll taken before the Tax Cuts and Jobs Act passage found that 65% of respondents favored estate tax repeal, including 55% of self-identified Democrats polled.

Research by the Tax Foundation before passage of the Tax Cuts and Jobs Act showed that elimination of the estate tax could create nearly 150,000 small business jobs and that the estate tax is among the costliest taxes to comply with. According to 2017 IRS data, the estate tax accounts for less than 1% of federal tax collections.

The Family Business Coalition is a diverse collection of organizations and industry groups united for the common purpose of protecting America’s family businesses across the country. FBC works to implement tax policies that help family businesses of all sizes create jobs and continue to the next generation.